LA Cobras under 13’s are looking for established players to strengthen our squad. Looking for defensive players and midfield players.

We play in the Walsall League, Division 2. Winter training is in Wednesbury, on Tuesdays. Sunday home matches are in Kingstanding.

Forest Star Devils u12s are looking to add an experienced defender to further strengthen our already strong team.
We are a Wednesfield and surrounding areas based team and play in WJYL on Sunday’s and train at Goals in Willenhall, Friday evenings.
For further information, contact Mark – 07712855342

Were looking for enthusiastic an keen footballers and there families starting there journey to come and be apart of an exciting future here at Tantany Lions FC.
Tantany Lions Athletico u7’s
“Were looking to coach and develop” technically strong players who are given the freedom to be creative with ball skills and 1v1 situations as well as learning the basic skills such as passing, shooting and spacial, speed and Agility, awareness through playing games at training that promote these skills.
FA Level 2 coaching given Manager with 16 years experience in grassroots football across U7s to open age, mjpl, womens football and assisting at first team level. Manager focusses on Development and not results at younger age groups.
Contact Callum. via text for a call back 07388526962 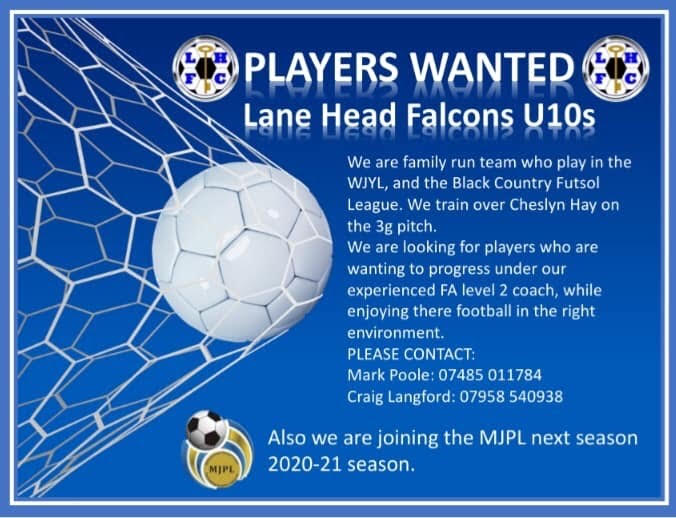 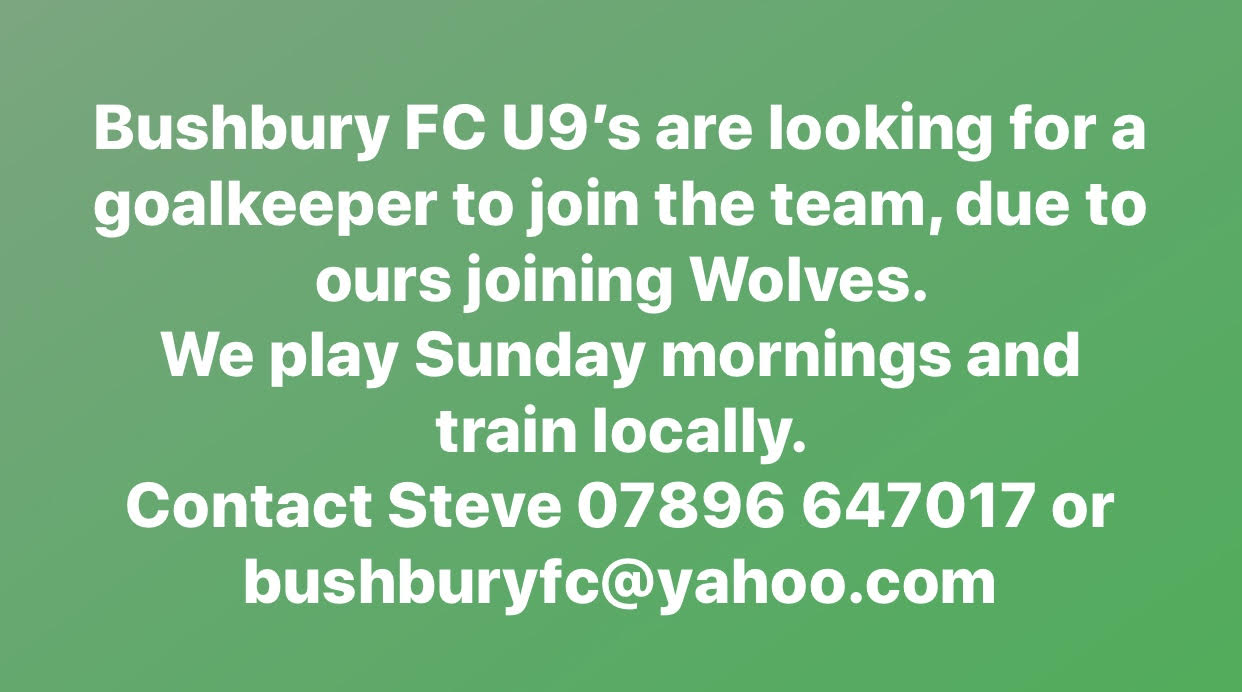 Were looking for a Midfielder (possible experience of past playing) to join the Under 9s established team Wyrley Panthers!!

The team is based within the Walsall district league. Training is Saturday mornings at Goals in Bilston. (Training location could vary within local).

We are currently looking for new players with match/league experience for all positions to join our established team. We are a friendly group with a good team ethic and we train on a Friday. If interested please contact Stuart (07896 715071) or Suk (07958 630495)

Bloxwich Rangers u13s are looking strengthen their existing squad. All positions are considered so if you’re sitting on the bench week in week out come and give us a try. We’re a friendly team with a manager who’s been coaching for 20yrs. We currently in Div2 if interested contact Bal 07540143670